Trying to accentuate the positive, I suppose...


My normal subway is the L.
The L goes under the East River.
The tunnels were damaged during Hurricane Sandy.

Now they're going to fix them.
And that leaves 300,000 people in a fix.
Cause how the HELL are we going to get to work? 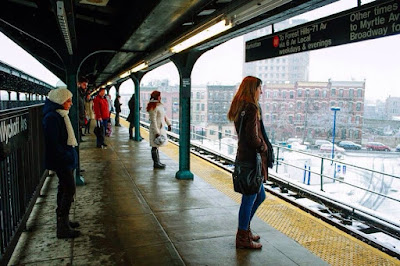 Looking for a silver lining, she turned it to a positive, with one of her flash fiction contest. Write 100 words using:

I wanted to find a good way to break up sandy into something fun. That led me to "Cleanup On Aisle 3."

As a child, Tony the Tiger scared the hell out of me. Ferocious beasts should snarl, not wax poetic about glorified Corn Flakes. And don't get me started on Cap'n Crunch, whose eyebrows weren't affixed to his head, but rather, hovered mysteriously in front of his hat. But I dealt with it.

Until that bird ogled me with its googly toucan eyes.

Grabbing my official Red Ryder air rifle, I took aim and Pollocked the kitchen walls with its flavor-bursting reds, oranges, and yellows.


Yes, it's the word bad joke, ever. But I thought it might brighten her day.
Posted by Michael Seese at 7:39 PM